Commitment bias is the tendency for people to follow actions consistent with their prior beliefs, words and actions and avoid those that are inconsistent.

This helps confirm self-image and avoid cognitive dissonance, which is the mental discomfort of holding two inconsistent beliefs. Robert Cialdini explains that commitments are most effective when they are active, public, effortful and viewed as internally motivated.

Here are three examples of how commitment bias is used to influence people:

In solving the problem of loyalty, organised crime groups make use of initiation ceremonies. New members are invited and asked to publicly swear their commitment. 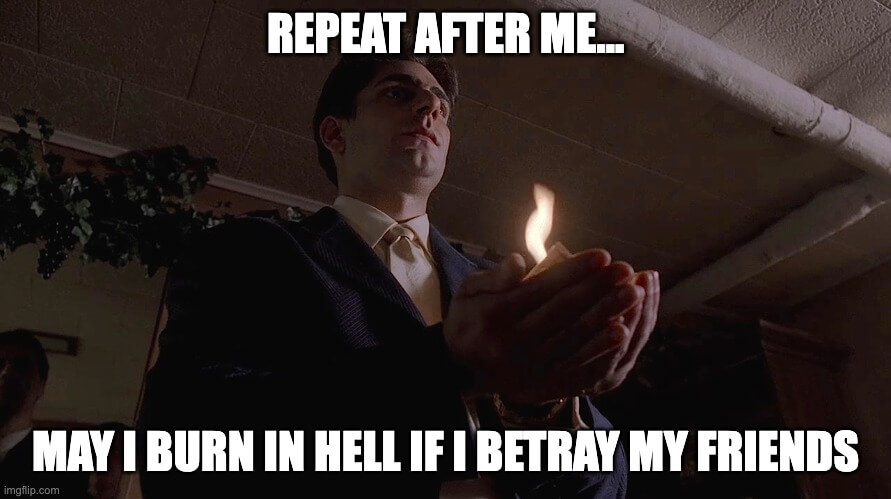 An admitted Mafia member reported that his initiation into the Cosa Nostra in Sicily involved a meeting with four men who pricked his finger, required him to rub his bleeding finger on a small picture of a saint and told him to swear an oath of silence while they set the saint’s picture on fire. He was reminded that if he violated the oath the consequence would be death.

“I had to pronounce the oath…whereby I was to say that should I betray the organization, my flesh would burn like this saint. I was reminded to behave in the appropriate manner…to be silent, not to look at other men’s wives or women, not to steal” Tommaso Buscetta (Mafia Member testimony 1985)

The oath-taking commitment is not coerced. New members are invited to join and make a public commitment to other members with their words in a quasi-religious manner (reinforcing their religious self-image), and experience pain via a blood oath to remind themselves of their commitment.

In solving the problem of increasing post Christmas sales, toy companies have been accused of over advertising and under-supplying toys. The strategy builds on parents honouring their commitment to buy a toy for their children. 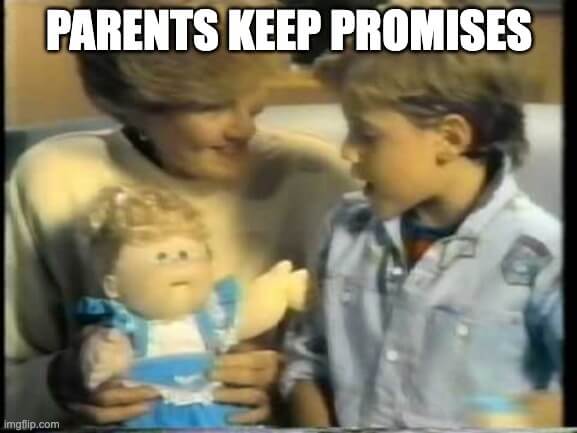 "Just imagine those thousands of consumers [parents] who lined up in the rain last week, could not buy the dolls, and went home to be greeted by the kids watching the TV commercial. How do you explain this to a small child? It’s unconscionable". New York Consumer Affairs Commissioner (1983)

Parents are coerced to return and purchase more expensive toys to support their self-image of teaching their children to honour their promises.

In solving the problem of obtaining positive product reviews, online companies employ the strategy of “little ask” before the “big ask”.

First, identify a cohort of users who have been actively using a particular product feature.

Use an in-app survey tool to ask a simple question about how they are enjoying the feature. Limit to simple one click responses. This is the “little ask”.

Question 1 How are you liking the new reporting feature?

If the response is positive, ask an open-ended question to gather their feedback.

Finally the big ask. Ask if they will share their positive feedback as a public review. Solicit a commitment response before directing them to a link of how to write and share the public review.

Question 3 Thank you, will you share your review on G2/ Capterra?