It is a powerful tool for product teams and business owners to communicate on customer requirements in order to identify rabbit holes and poor UX early in the process.

They have been widely used in electrical engineering and in the logic design of electronic devices for decades.

To illustrate the power of Finite State Machines, imagine we have been briefed by the business to build a customer feedback form widget.

The first phase of our brief is for a simple feedback widget that will do the following:

We can visualise this simple application using Finite State Machines below: 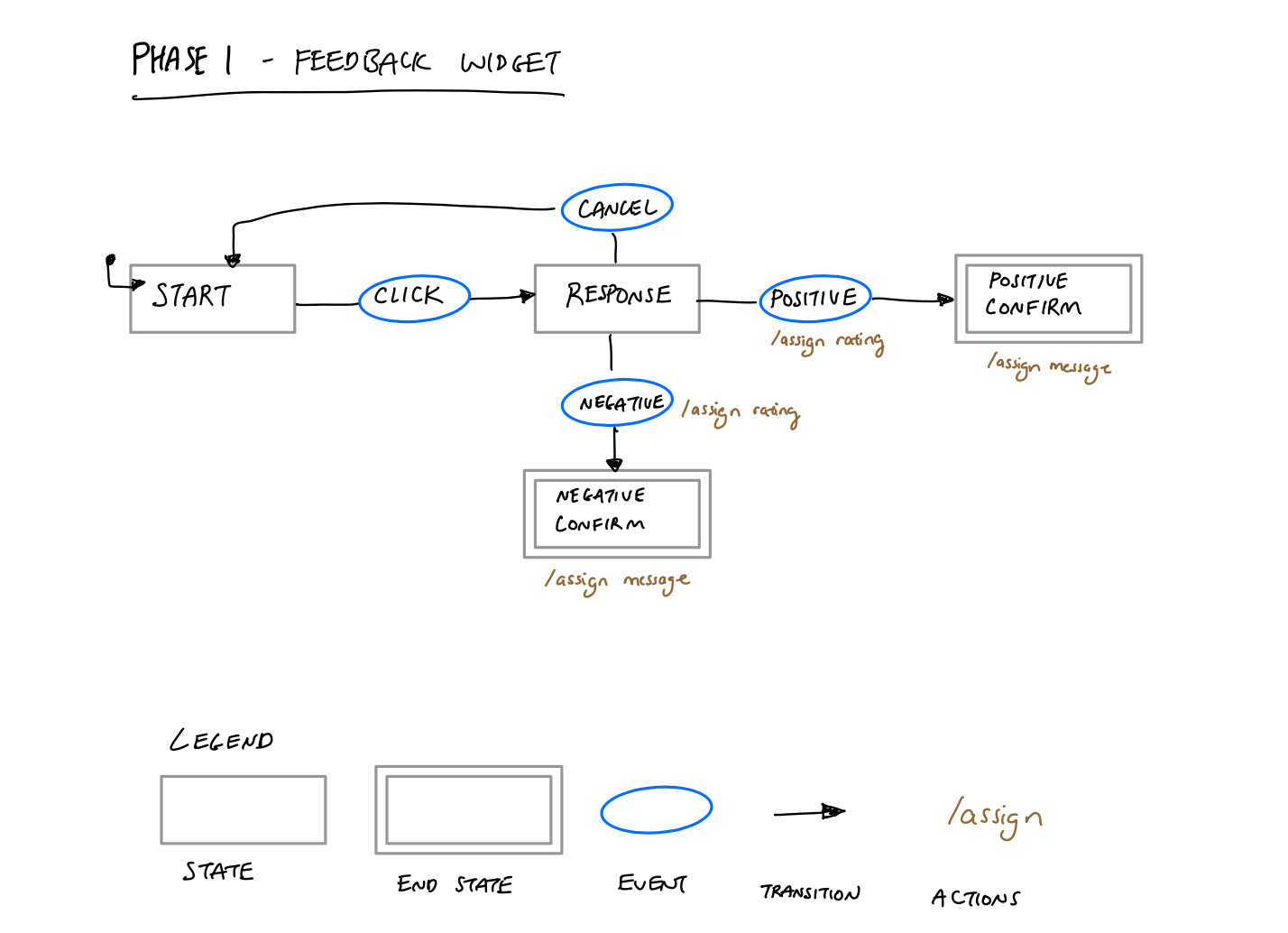 Our application has 4 states:

Our 4 states are also characterised by 4 events and transitions which are conditional upon the current state the application is in.

Our application also triggers actions such as saving the rating and updating the message upon certain events and entering different states.

Once the logic and user flow has been agreed we can easily convert this to design and code stage. In the examples below we use the open source library XState by David Khourshid to codify our Finite State Machine and use ReactJS to render our UI.

The business has now come back asking for us to capture the main reasons for negative feedback.

Our application now must:

With Finite State Machines we can easily modify and expand our logic without breaking any previous logic: 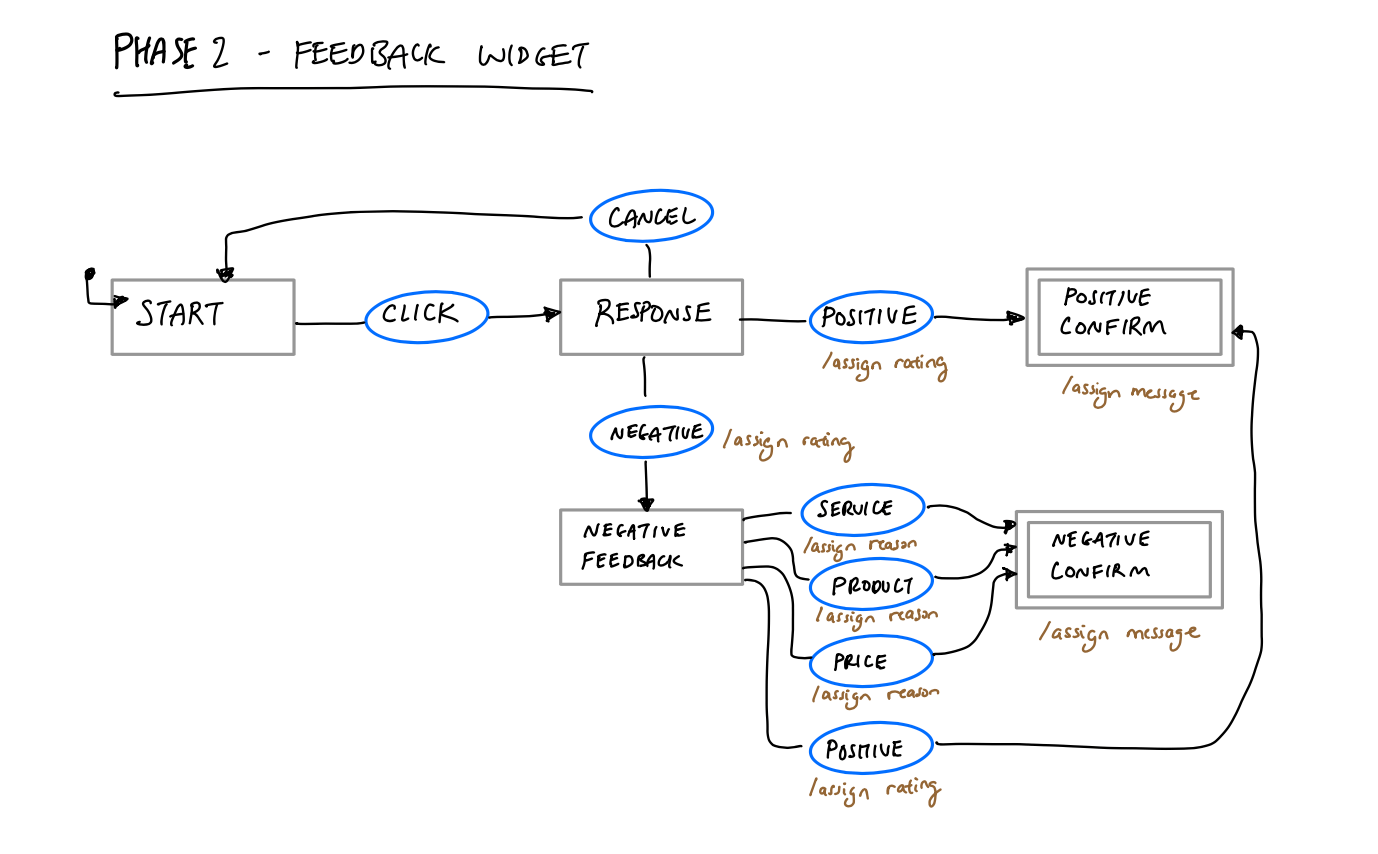 Our application has a new NEGATIVE FEEDBACK state which allows a user to select from three of the main reasons for the negative response (SERVICE, PRODUCT or PRICE). Upon selecting an event the reason is captured and the state transitions to the NEGATIVE CONFIRM end state and displays an apology message.

We have now also added a new POSITIVE event which a user can click on to transition directly to the POSITIVE CONFIRM end state.

Our team can now confidently update our application with the new business logic:

The business comes back wanting to direct users to contact sales for pricing discussions if they select PRICE as a negative response. In addition they want to capture any other reasons for negative feedback.

Our application must now grow in complexity to handle the following: 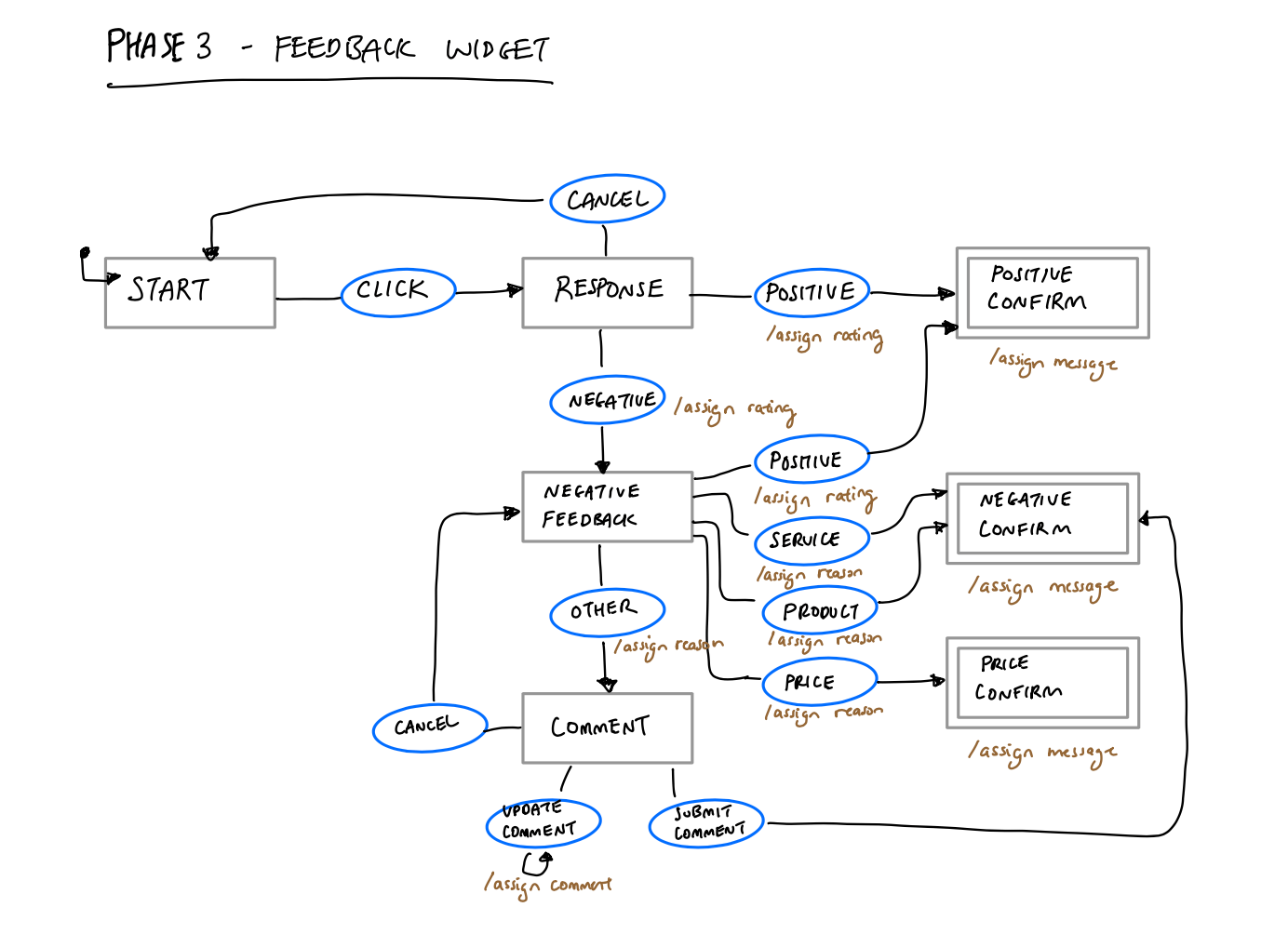 Once again, our Finite State Machine is able to handle increasing complexity without breaking previous logic. Our designer and developer team can now confidently work on implementing the new logic:

Our application will naturally grow in complexity as business and user requirements evolve.

With Finite State Machines we can confidently continue modelling this advanced complexity into our design and visually see how it interacts with previous functionality.