A visual framework to use for applying React & Redux using the classic Todo App teaching exercise.

While simple, our Todo App covers all the core frontend features of: CRUD, filtering and live reload. 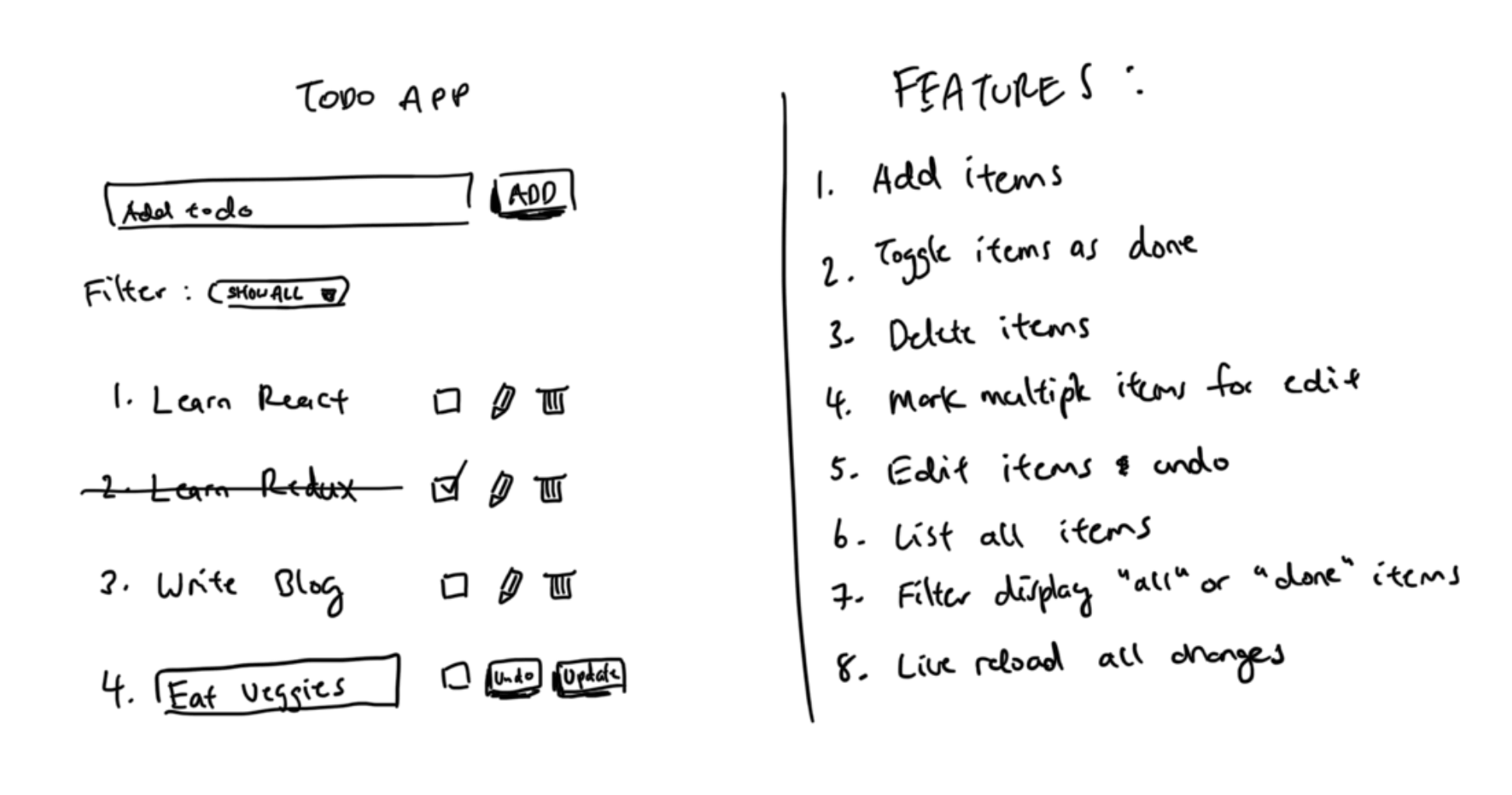 Our root App component will contain all the state and logic and will pass this down to its child components. 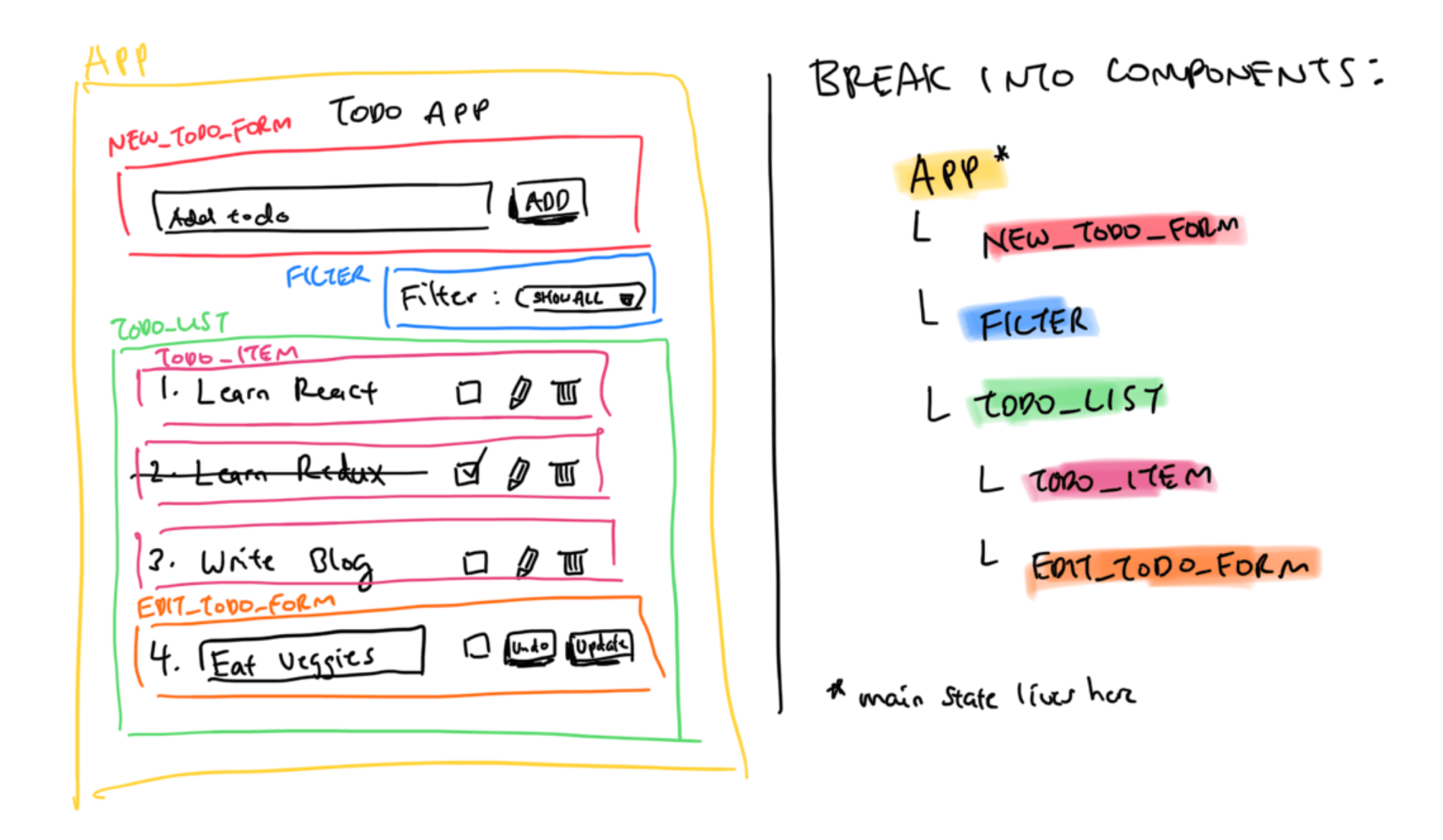 Separate each child component by a given responsibility:

Optional: Do not separate out <NEW_TODO_FORM/> and <FILTER/> into children components if logic is simple and instead keep within <APP/>

3. Data Down Actions Up (DDAU)

React follows the principle of Data Down Actions Up (DDAU): 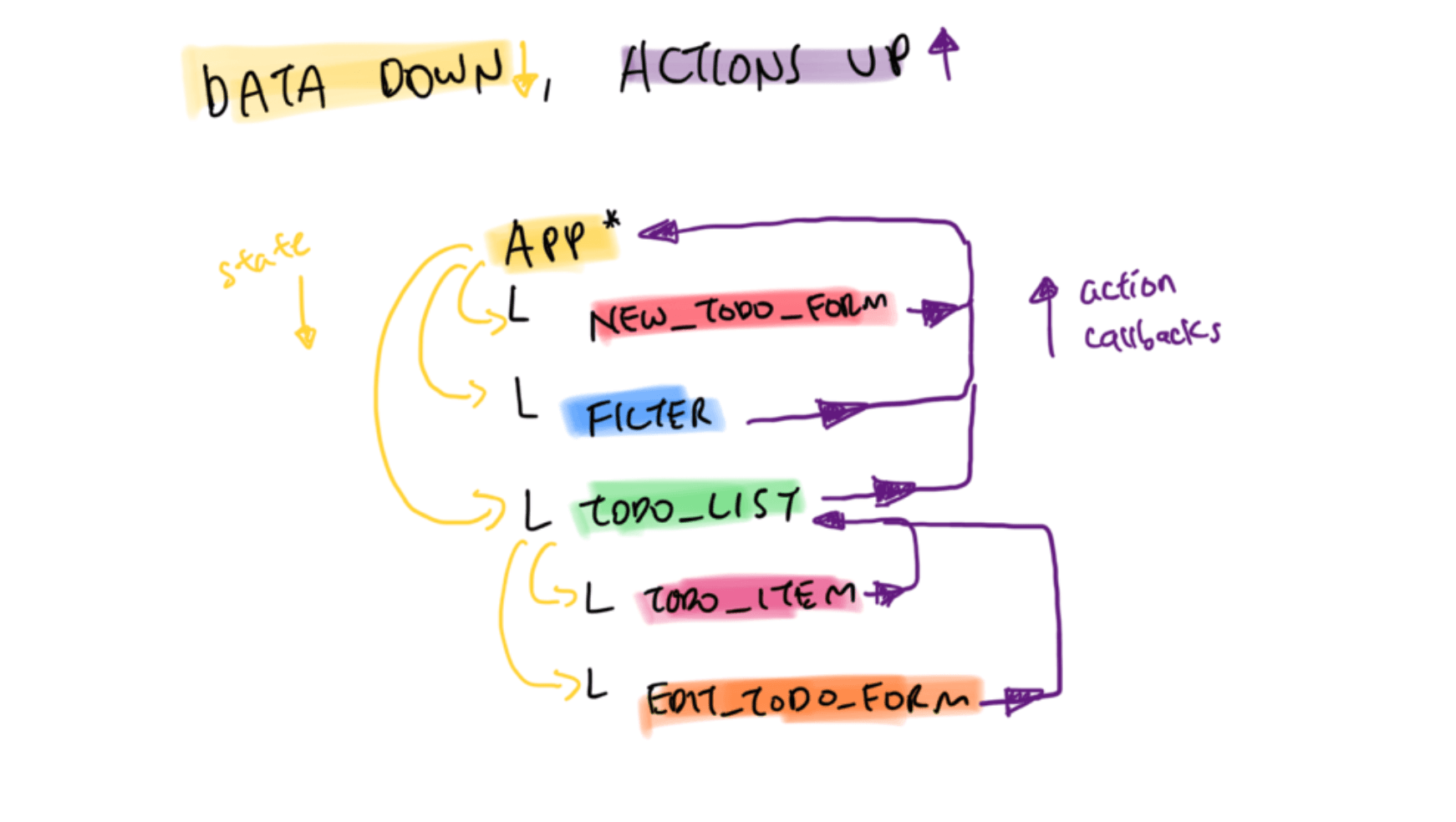 4. Create our State (aka: the source of truth)

All dynamically rendered content should be kept in the state: 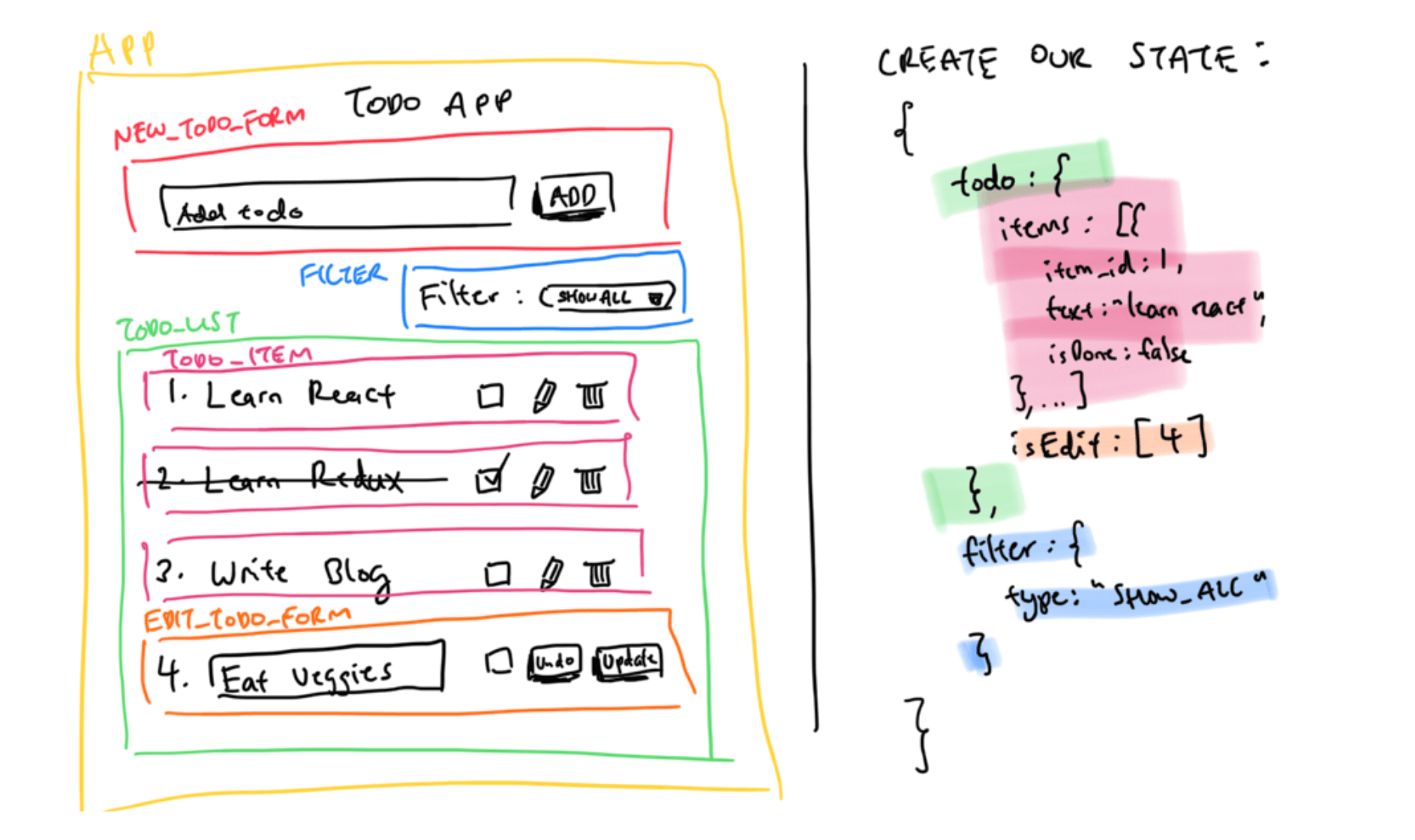 All items should be kept in an items array as a single source of truth.

To filter data, create a helper function to render the items array based on what filter type is in the state - Do not duplicate state data.

Decide whether a <TODO_ITEM/> vs. <EDIT_TODO_FORM>is rendered by creating an array of items that are marked as edit isEdit: [4...].

Identify key UI locations where we will trigger changes to state:

Create a reducer which will be the black box handling our business logic. This is the basic principle of Redux:

A new state is then created without mutating previous state. This business logic is easy to unit test and independent of framework. We then require the reducer to update the state of our components.